Prior to this, Kathryn was the Senior Vice President, U.S. Market Development leading the cobrand, prepaid and public sector business development teams, including smart cities and transit. Kathryn joined Mastercard as the Vice President, U.S. Acceptance leading the emerging verticals team focused on growing acceptance in underpenetrated markets. She and the team worked directly with merchants, acquirers and third-party processors to gain acceptance and to increase Mastercard market share within the key verticals.

Prior to joining MasterCard, Kathryn was with First Data Corporation for ten years in various leadership roles.

Kathryn received her MBA from Hofstra University and earned a Bachelor of Science from LeMoyne College. She resides in New York with her husband and three children. 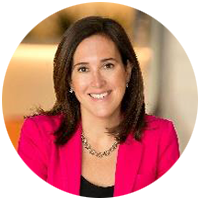